* Damian Priest takes on Dolph Ziggler in Championship Contender’s Match
* Edge welcomes special guest Maryse to “The Cutting Edge”
* Bianca Belair and Doudrop square off for another powerhouse showdown
* Austin Theory will put his training to use in match against Finn Bálor
* Bobby Lashley to speak about creating the Fatal 4-Way Match at WWE Day 1
* More Cards.

* Damian Priest is a fighting champion, but this time he’s looking for a good ole fashioned beatdown as he takes on Dolph Ziggler in a United States Championship Contender’s Match.
Priest already took care of one half of The Dirty Dawgs when Robert Roode answered his open challenge two weeks ago, but after disposing of “Big Bob,” Ziggler snuck into the ring to deliver a surprise superkick to the Champion.
The Archer of Infamy failed to get his retribution the next week as The Dirty Dawgs pulled off a quick one to upset the surprising alliance of Priest and Finn Bálor.
Tune in to Monday Night Raw to see if Priest can finally punish Ziggler for his cheap shot or if The Dirty Dawgs will find some way to steal a win at 8/7 C

* The Miz is not the only one with the “most must-see talk show in WWE” as Edge returns to host “The Cutting Edge” with special guest Maryse!
The Rated-R Superstar will hear from Maryse just weeks before squaring off with her husband, The Miz, at Day 1. Edge will look to find out what is going on between Maryse and The Miz after she slapped The A-Lister for using her as a shield to hide from Edge’s attack last week.
Hear all the drama and find out if it will have any effect on Day 1’s match between Edge and The Miz this Monday night on Raw at 8/7 C

# Bianca Belair and Doudrop square off for another powerhouse showdown

* After a grueling and hard-earned victory last week, Bianca Belair thought she had finally put her issues with Doudrop to rest, but she was far from done with The EST of WWE.
While Belair celebrated her win, Doudrop came barreling out from backstage to squash her, standing tall over a fallen Belair and mocking her with her own move. What began as a feeling of disrespect from WWE Officials to Doudrop has grown into sheer animosity and resentment aimed directly at the former SmackDown Women’s Champion.
Will Belair be able to survive another encounter with an enraged Doudrop? Tune in to Monday Night Raw on USA at 8/7 C

* Clearly Finn Bálor has not been studying under Mr. McMahon like Austin Theory has.
Theory has been a plague to Bálor as of late, unleashing surprise attacks and selfies, one of which cost Bálor and Damian Priest their tag team match against The Dirty Dawgs. Each time, Theory has captured The Prince’s pain and frustration with a celebratory selfie to add to his growing collection.
Can Theory use Mr. McMahon’s tutelage to defeat Bálor when the two meet face-to-face, or will The Prince be the one taking a selfie at the end of the night? Find out Monday night on Raw at 8/7 C

* Bobby Lashley ran the gauntlet, defeating Kevin Owens, Seth Rollins and WWE Champion Big E in three separate singles matches, to earn a spot in the WWE Championship Match at Day 1.
The perceived disrespect at the exclusion of The All Mighty from the WWE Title hunt set off a chain of events that led to WWE Officials Adam Pearce and Sonya Deville giving Lashley the unique opportunity. After taking advantage of KO and Rollins’ attempted schemes, Lashley was able to turn Day 1’s Triple Threat Match into a Fatal 4-Way by defeating Big E (thanks to an assist from MVP) in The All Mighty’s third match of the night.
With the WWE Championship now in his sights at Day 1, what does Lashley have to say to his future opponents? Tune in Monday night on Raw at 8/7 C 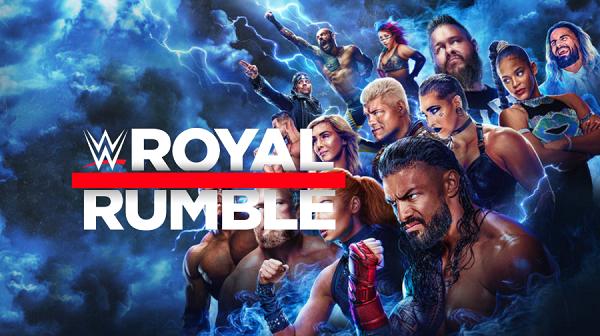